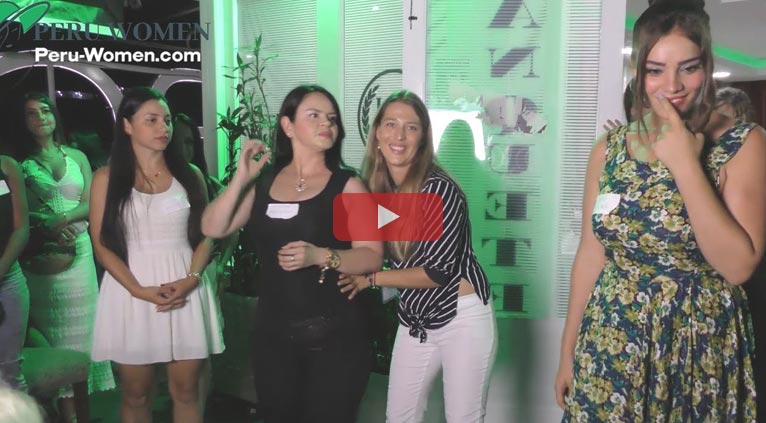 Newest, beautiful, single women now added for week of Wednesday, 7 December, 2022 - Tuesday, 13 December, 2022
Your opportunities here are truly worldwide. Explore our site deeply to see how you can realize that! 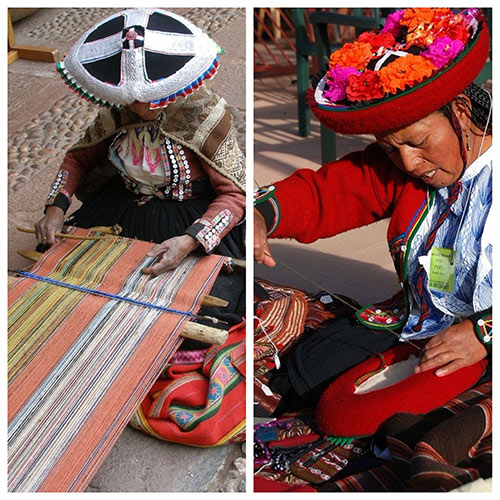 Discover the folk art of Peru.

Peru boasts one of the largest varieties of arts and crafts on Earth, as can be seen from the growing network of exporters who each year exhibit the skill of Peruvian craftsmen in Europe, Asia and North America. The diversity, color, creativity and multiple functions of Peru's folk art has made it a fundamental activity not just for the identity of Peru culture, but also as a way of life for thousands of families and even entire communities, such as Sarhua and Quinoa in Ayacucho.

Works of art, both big and small, spark admiration amongst Peruvians and foreigners alike. They are steeped in centuries of history, imbued with pre-Hispanic shapes and symbols which have merged with others brought over by the Spaniards. Peru has forged a multiple and complex identity which is paradoxically one of the reasons why Peruvian arts and crafts are tending to shift towards Naïf Art, lending their works a touch of innocence.

The excellence of Peruvian artisans can be seen in the harmony of the geometric designs in weavings, the minute portraits of peasant farming life on the carved gourds called mates burilados, the cultural mestizaje or blend in the colorful retablo boxed scenes. There are also the finely carved Huamanga stone sculptures, the complex Baroque nature of the wooden carvings, the beauty of gold and silver relics and the many forms that pottery has shaped the clay into pottery.

These works are just some of the cultural manifestations of people who communicate mainly through art, using a language whose fundamental aspects are abundance, fertility and confidence in the future. 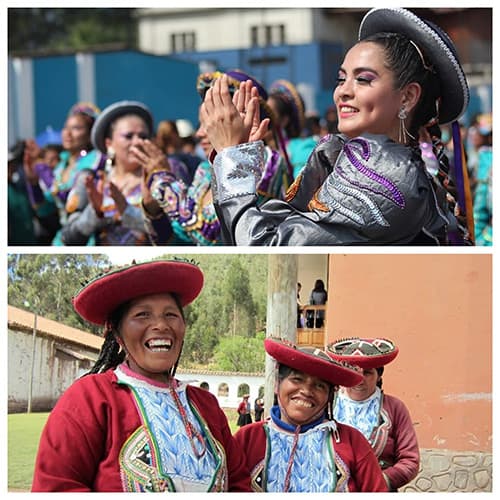 The traditional dresses as part of the Peru cultural facts.

In Peru's rural areas, the way people dress makes an important distinction, a result of the blend of pre-Hispanic influences with the European clothing that the natives were forced to wear during the colonial era.

The traditional Inca Anacu was transformed by the local women into the brightly-colored and multi-layered petticoats known as Polleras. Depending on the region, a black skirt is decorated with a belt which can come in a variety of colors and is decorated with flowers in the northern Piura highlands or a brightly-hued woolen lliclla in Chiclayo, further south.

In the highlands above Lima, the skirt is decorated with red and black embroidered edging, while in Junin, as in Cajamarca and Cuzco, women no longer use black skirts. Underneath their skirts, the women use layers of petticoats made from cotton which can be embroidered with gold and silver threads, featuring superbly-crafted drawings along the edge.

The Peruvian poncho dates back to the seventeenth century and apparently is a variation on the Unku used by men at the time. The heavy ponchos used in Cajamarca keep out the rain and are as long as those used in Puno, where they are dyed scarlet during festivals. In Cuzco, ponchos are short and feature elaborate geometric figures against a red background.

On the coast, ponchos were used by the plantation workers, and they were spun from cotton or vicuna fiber. In the jungle, both men and women from some tribes wear the cushma, a loose tunic stitched up on both sides and embellished with dyes and geometric figures typical of the region.

Traditional dress tends to be capped off by woolen or straw hats, sometimes in various colors. But in the coldest reaches of the Andes, the highlanders tend to wear the chullo, a woolen cap fitted with earflap decorated with geometric motifs.

Regional dances require different forms of dress, depending on the area. Along the coast, exponents of the marinera dance replace cotton with silk for their embroidered skirts. In the Andes, meanwhile, the danzantes de tijeras or scissors dancers decorate their fine outfits with small mirrors and embroider an image of their guardian deity on their backs.


Newest, beautiful, single women now added for week of Wednesday, 7 December, 2022 - Tuesday, 13 December, 2022
Your opportunities here are truly worldwide. Explore our site deeply to see how you can realize that!

How Our Service Works Platinum Upgrade Virtual Phone/Video Calls IMBRA Request Our Executive Plan The Process Why Us? Cost Meet Our Matchmakers Send Her A Gift 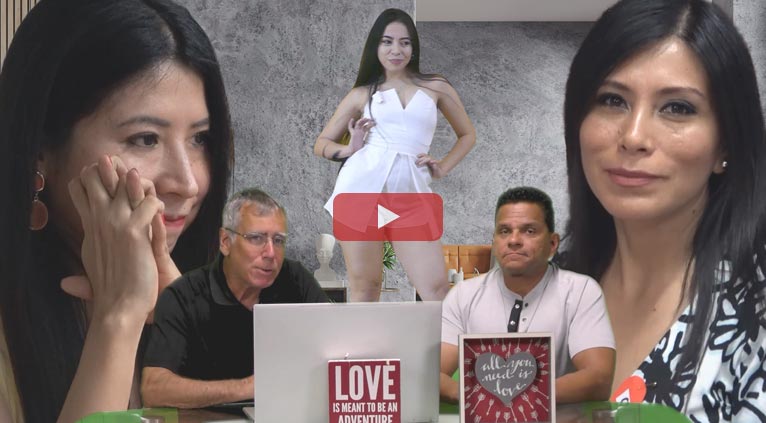